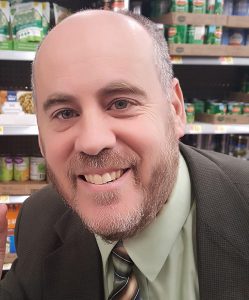 We all need to settle down on the roadways. Have you ever participated in road rage?

The typical scenario involves one driver making some sort of a bad move that draws the ire from another. The one who was wronged – or perceived to be wronged – then goes ballistic with various forms of reaction that typically invoke a response from the other driver.

It can get ugly fast.

One internet definition even listed “strategies” involved with road rage.

Here is the official definition: “Road rage is aggressive or angry behavior exhibited by motorists. These behaviors include rude and verbal insults, yelling, physical threats or dangerous driving methods targeted at other drivers, pedestrians or cyclists, in an effort to intimidate or release frustration. Road rage can lead to altercations, damage to property, assaults and collisions that result in serious physical injuries or even death. Strategies include horn honks, swerving, tailgating, ‘brake checking,’ and attempting to fight.”

Flailing of hands in an uncontrolled fit of rage is another so-called reaction.

I was introduced to road rage at a young age. My dad did it all the time!

He’s one of those hothead drivers. If anyone does anything slightly amiss, he becomes really agitated and irritated.

I grew up playing ice hockey. My dad always drove me to practice.

We lived in a big city. One night after practice, we were on our way home. There was a lot of traffic. About 10 or 15 minutes from the ice rink, this one vehicle cut in front of our International Scout while making a lane change.

My dad’s anger level quickly escalated. He accelerated the Scout to catch up with the wrongdoer. His main ambition was to give the other driver a piece of his mind, so to speak.

As we caught up, my father began shaking his fist at the driver in a fit of rage. But wait a minute. The other driver was Mr. Tansy!

But road rage can be avoided altogether. It’s all about reaction and allowing God to control our spirit.

If we’re in control, look out! The natural man wants to fight.

The spiritual man is submissive to God and can come into subjection.

You pastors and spiritual people out there are accountable for your actions, as well.

Paul writes it this way in 2 Corinthians 9, “And every man that striveth for the mastery is temperate in all things. Now they do it to obtain a corruptible crown; but we an incorruptible. I therefore so run, not as uncertainly; so fight I, not as one that beateth the air: But I keep under my body, and bring it into subjection; lest that by any means, when I have preached to others, I myself should be a castaway.”

The beating Paul references in the above verses doesn’t pertain to other drivers – even in the thoughts of the mind. No, it alludes to putting down the devil’s attempts to tempt us into sinful action.

In Proverbs 16:32, Solomon references having rule over our spirit. In other words, we need to be controlled by God and not ourselves.

Things can go south quickly if we get into the flesh. A lot of damage can occur in a short amount of time.

The passage reads, “He that is slow to anger is better than the mighty; and he that ruleth his spirit than he that taketh a city.”

Man’s wrath does not work God’s righteousness, James tells us.

We need to walk in the spirit and not in the flesh.

Proverbs 25:28, “He that hath no rule over his own spirit is like a city that is broken down, and without walls.”

The best rule of thumb is to not take business into our own hands. Give it to God. He knows what to do with it.

God commands us not give back evil when it’s dished out to us. That takes God in our lives and a close relationship with Him. We’ve got to do some shunning!

Romans 12:17-21 reads, “Recompense to no man evil for evil. Provide things honest in the sight of all men. If it be possible, as much lieth in you, live peaceably with all men. Dearly beloved, avenge not yourselves, but rather give place unto wrath: for it is written, Vengeance is mine; I will repay, saith the Lord. Therefore if thine enemy hunger, feed him; if he thirst, give him drink: for in so doing thou shalt heap coals of fire on his head. Be not overcome of evil, but overcome evil with good.”

God’s will by God’s grace