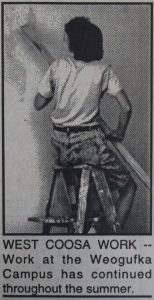 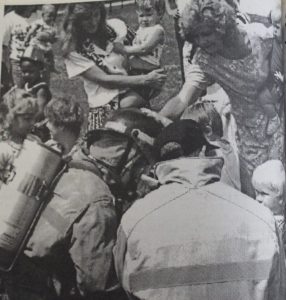 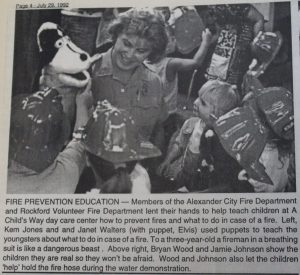 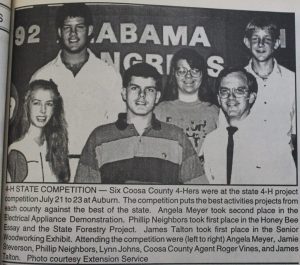 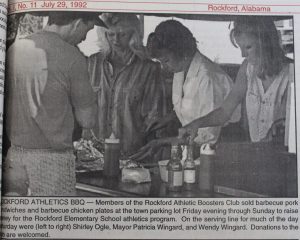 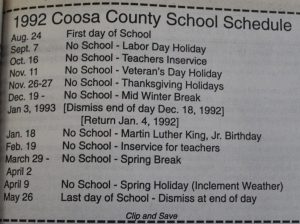 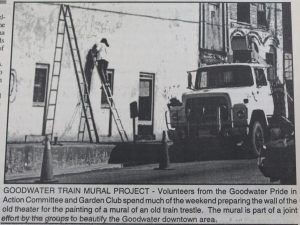 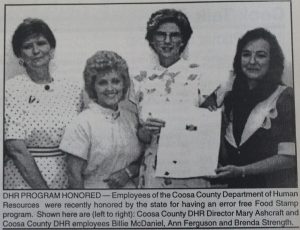 As “The Coosa County News” continues to celebrate its thirtieth anniversary, having begun in mid-May 1992, highlights from 30 years ago today include much local news and highlighting local citizens at the time.

The July 29, 1992, edition recognized members with the Rockford Athletic Boosters Club selling barbecue plates over the weekend to raise money for the Rockford Elementary School athletics program. Those pictured working on the serving line were Shirley Ogle, then Mayor Patricia Wingard and Wendy Wingard.

Another reminder of the schools that were once open in communities throughout the county, there was also news of the West Coosa Parent Teachers Organization sponsoring a work day at West Coosa Elementary School in Stewartville. In that announcement, Linda Goswick mentioned how hard the PTO members had been working over the summer to complete the work before school reopened.

Also in school news, the Coosa County school calendar looked much different 30 years ago than it does now. The school calendar then reflected that the first day of school would be August 24, with the school year then ending on May 26.

That edition three decades ago also highlighted that members with the Alexander City Fire Department and Rockford Volunteer Fire Department helped teach children at A Child’s Way daycare center about fire safety, how to prevent fires and what to do in case of a fire. Members who were pictured were Kem Jones, Janet Walters, Bryan Wood, and Jamey Johnson.

That edition also recognized that the county’s food stamp program recorded an error-free year. Employees with the Coosa County Department of Human Resources were honored by the state for that recognition. The DHR employees pictured with the article were Mary Ashcraft, Billie McDaniel, Ann Ferguson, and Brenda Strength.

Other highlights in that week’s edition included Alicia G. Chappell graduating from Air Force basic training at Lackland Air Force Base in Texas, work continuing on the Weogufka beautification project with painting buildings at the crossroads, ongoing work to prepare for painting a mural of an old train trestle on the side of the old theater in Goodwater, and plans being underway for the twelfth annual Goodwater Fall Festival.

In non-local news, that week’s edition also highlighted the musical top 10 and video news for that time.

The video news highlighted the weekly charts for the nation’s most popular videos, based on video rentals. The top 20 were noted in the newspaper, and the top five were “Cape Fear,” “The Addams Family,” “Bugsy,” “Father of the Bride,” and “Star Trek VI: The Undiscovered Country.”

See other highlights of 30 years of “The Coosa County News” periodically in future editions throughout the year as we continue to celebrate three decades of dedicated local news coverage.