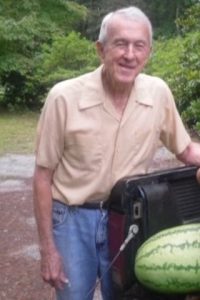 Mr. Phillips passed away on Wednesday, November 30, 2022, at his residence.  He was born on April 10, 1923, in Abanda, Alabama, to Hiram Smith Phillips Sr. and Ada Pearl Sims Phillips.  He was an active member of Rockford United Methodist Church. He served in the United States Army during World War II. He worked for the U.S. Department of Agriculture for over 45 years. He enjoyed hunting, farming and raising cattle. He was well known for raising watermelons. He played baseball up into his 60s. He also ran the local Little League baseball program for over 25 years. He was the official score keeper for both the high school football and basketball teams. He served as an elder and Sunday School Director in his church.

He was preceded in death by his parents; wife, Lorene Austin Phillips; and sisters, Elizabeth Phillips Lee and Julia Phillips Arnett.

The family will accept flowers, or donations may be made to Rockford Methodist Church; P.O. Box 305; Rockford, AL 35136. 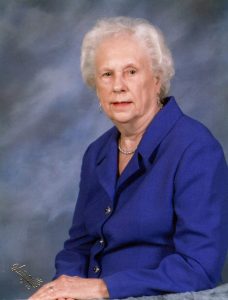 Mrs. Price passed away on Saturday, December 3, 2022, at Bethany House.  She was born on October 2, 1931, in Equality to Richard Loyall and Maggie Larue Harris Austin. Mrs. Price loved her family dearly, especially her grandchildren and great-grandchildren to whom she was affectionally known as “Lou Lou.” She was a member of Auburn United Methodist Church and formerly Comer Memorial United Methodist Church.  Mrs. Price retired from Russell Corp. after over 40 years of service. After Mrs. Price retired, she moved to Auburn with her son Wayne, and she graciously helped Melanie and Stephanie with their events and getting them to where they needed to be. She loved working in the yard, cutting her grass, and watching Alabama football and Atlanta Braves with her son Wayne.

She is survived by her sons, Wayne Price and Terry Price (Marcalyn), both of Auburn; grandchildren, Melanie Shores (Josh) and Stephanie Donnelly (Jake); great-grandchildren, Emma Shores, Austin Shores, and Blakely Donnelly; and sisters, Emogene Austin and Mable Austin both of Rockford.

She was preceded in death by her husband of 40 years, Harlan Price; parents; and sisters, Lorene Phillips and Annie Lee Ward.