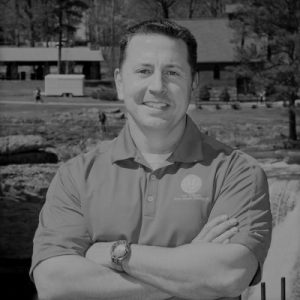 When I was serving in the Pentagon I had a unique opportunity to visit the Office of the Chief of Staff of the Army.

I was only there briefly, but entering the office I was struck by the weight of history, and General Casey’s personal secretary asked if I would like to see some of the historical artifacts that are kept in the office. I jumped on that invitation. It was apparent that she was proud and at that moment seemed more like a museum curator than a secretary.

She showed me Eisenhower’s globe with the pen marks still on it where he had marked out the invasion of North Africa in WWII. She showed me the original Army Staff Badge commissioned by MacArthur. We discussed the oak desk that every chief of staff had used for the last 100-plus years. But on the left side wall was something that really got my attention.

I’m a fan of the artist Norman Rockwell, and hanging on the wall was an original full-size Rockwell depicting the uniforms of the U.S. Army from the Revolutionary War up through World War II. She told me that after 9/11 the office suffered massive smoke damage, and like everything else in the Pentagon the chief’s office was renovated and all of the special items were professionally cleaned.

The Rockwell had hung on the wall for decades. It was nearly seven decades old and no one had realized that the bottom of it which, even prior to 9/11, had been very dark and looked almost like an unfinished portrait had really just been caked with age and in need of cleaning. The painting as I viewed it had been fully cleaned and restored and hung there in its original awe-inspiring vivid colors as if Rockwell had just painted it.

If you’re not familiar with the artist Norman Rockwell then I encourage you to look him up. He was at one time said to have been as much of a household name to Americans as Walt Disney because of his ability to speak through images. Rockwell’s paintings served as the cover art for the “Saturday Evening Post” for decades, which at one time was the most widely read print media piece in the nation.

He painted originals for use by the Boy Scouts on their annual calendars and their magazines. His works were used on postage stamps, war bond posters, and hung in troop barracks, classrooms, city halls, and even churches.

Rockwell was a prolific artist with more than 4,000 original works, and every single one of them was a detailed, realistic, thought-provoking, and often inspiring piece that told a visual story of America. With the stroke of a paint brush he could capture emotion, sentiment, environment, and quite often patriotism.

The series of paintings were inspired by a wartime speech given by President Franklin Roosevelt, and they captured the hearts and minds of Americans everywhere. Once they were revealed millions of requests for reprints flooded in. The U.S. government made them into inspirational posters with the phrase “this is why we fight” emblazoned on them.

The prints were hung on walls everywhere. Postage stamps were issued using this artwork. By the end of the war Norman Rockwell’s four-part series of posters that merely depicted the blessings of life in the United States had been reprinted more than 4 million times.

Simple and yet profound, each painting simply depicts moms and dads, and kids, and people at church. Parents tucking their children into bed, assembling at the town hall, praying at church, and sitting down to family meals.

But it’s what you read in the nuances of each work that makes them speak: the emotions, the worry lines in the faces, the weathered hands, and the headline on Dad’s paper about the fighting overseas.

But the one that always stood out to me as being the more memorable is the first of the four, titled “Freedom of Speech.”

The imagery is of a town hall meeting. Folks are sitting in old school wooden pews shoulder to shoulder, and in the center of it all one man has just stood to speak. Faces have turned to see and hear the speaker.

Just to the lower left of the man who stood you can see the look of pride on an old man’s face as he watches the young man stand. Rockwell was apparently inspired when he witnessed a similar scene in which one man had stood at a public meeting to be the only one to speak out on an issue.

The speaker that Rockwell visually portrayed is just the every-man. He wears work clothes, an old jacket, a flannel shirt, but the look on his face says he knows that it’s necessary for him to speak, and he’s okay with some of the dubious looks being thrown by the others.

Here’s the thing though: All across our nation that image is playing out in real time in public meetings everywhere. School board meetings, city halls, churches, and more are seeing the every-man and every-woman stand and speak.

There is a reason why Rockwell’s four freedoms series struck such a chord more than 70 years ago. Our nation was at war then with a force that did not believe in those four freedoms, especially the opportunity for freedom of speech. That same anti-freedom sentiment is awash on our shores again, only this time it is coming at us from within.

There is a true movement afoot to stifle speech. If we cannot speak freely and are not allowed to stand in the midst of our moments and say those things that we believe then we really aren’t free at all.

Throughout time, and even in recent memory, the great tyrants of the world have started their oppression by silencing dissent and letting it be known what was or was not acceptable speech.

That is not us. That is not America. There is a reason why the First Amendment was the very first amendment. It took precedence because the freedom of speech is vital to a free society and not to be taken lightly.

Do we question? Yes, and we should.

Do we speak out? Yes, and we should.

Is it possible to actually have a disagreement and it remain a civil discourse? Yes, and we should.

But progressives in this country have decided that such dissent, such questioning, such …speech… is unreasonable and must therefore be quelled.

Norman Rockwell hit a nerve because the whole world at that time was on edge and considering what could happen if fascism (the real fascism, not the pretend kind that Antifa and Biden talk about) could win the war. If the war was lost then the great right to speak would be gone. It is no different today except that it comes from within our own borders.

I’m inspired by people who thoughtfully, intelligently and passionately speak into their moments. It is a gift as much as a right, and no good gift or given right should be wasted.

So do not sit still. Do not be silent. Stand. Speak. And by God we will be here tomorrow.

Phil Williams is a former state senator, retired Army colonel and combat veteran, and a

practicing attorney. He has served with the leadership of the Alabama Policy Institute and

To contact Phil or request him for a speaking engagement go to www.rightsideradio.org. The

The chains they revere