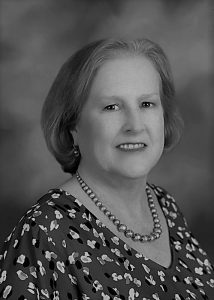 Around the Capitol
Beth Chapman

Some have been impressive, others not so much. Some have had great personalities and seemed genuine, while others were as fake as the thick makeup they wore.

Some celebrities are genuine to the core – humble, genuine and grateful to God for their followers and fans. One such celebrity (though she doesn’t see herself as one) is Alabama’s own Brenda Gantt of Andalusia.

Famous for her homemade biscuits, down-home southern cooking and love for her faith, love for God and family, Gantt became an internet sensation during the COVID-19 pandemic.

The retired schoolteacher and grandmother began posting cooking videos from her home kitchen at the request of young husbands in her church. They wanted their wives to learn to bake biscuits, and before long, her videos went viral.

Since then, Gantt has posted hundreds of videos and garnered more than 2 million Facebook followers. Homespun stories with her thick southern drawl draw fans in closely as she shares stories of her faith, food and cast-iron skillet skills. She has appeared on national television shows and on the covers of multiple magazines.

Her daily schedule starts at 4 a.m. with a goal to always to be a lifter – something she encourages others to be. And an encourager she is.

The four times I’ve been with her left me feeling so much happier and more inspired just being in her presence. She just has that kind of spirit about her and that kind of effect on people.

Gantt’s first cookbook, “It’s Gonna Be Good Y’all” was released in November and was a huge hit. Her second cookbook, “Linger Around the Table Y’all,” is coming out soon and can be ordered at www.Brendaganttbook.com.

Because I know for sure Alabama has one celebrity in particular that’s the real thing and bigger than life. Her name is Brenda Gantt, and she’s as real and as sweet as the homemade buttered biscuits she bakes.

Where do our tax dollars go?

It’s all about the Benjamins

The chains they revere