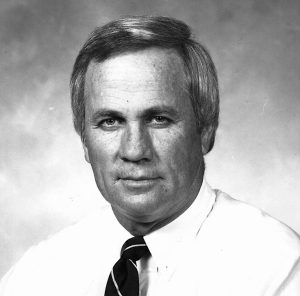 Mr. McGill passed away on Monday, May 2, 2022, at his residence. He was born on August 8, 1937, in Alexander City to Louis Jennings McGill and Callie Mae Talley McGill. He was a member of the Avondale Scout Troop 167 and obtained the rank of Eagle Scout. He graduated from Benjamin Russell High School in 1955. He attended Auburn University on a full Avondale scholarship and was a member of the Phi Kappa Alpha fraternity. He was awarded a bachelor’s degree in Textile Engineering in 1959. After graduation, he worked for Russell Corporation from 1959 to 1994 and retired at the age of 55 as Executive Vice President of Manufacturing. He joined the Elks at age 21 and served two terms as Treasurer and three terms as Trustee and earned a lifetime membership. He also served his community as county commissioner for four consecutive terms, served on the Board of Directors of Aliant Bank and was a founding member of the Five Star Plantation Hunting Preserve. He was serving as CEO of McGill Timberlands at the time of his passing. His passion was his farm, where he spent countless hours with his family and friends.

He was preceded in death by his parents; sister, Merlene Jones; and brother, Douglas McGill.

In lieu of flowers, donations may be made to the Alabama Wildlife Federation; 3050 Lanark Road; Millbrook, AL 36054.

Funeral service for Mrs. Mary Nell Fuller Queen, 75, of Kellyton, was Tuesday, May 3, 2022, at the Chapel of Radney Funeral Home. Burial followed in the Hillview Memorial Park.

Mrs. Queen passed away on Saturday, April 30, 2022, at her residence. She was born on September 27, 1946, in Coosa County to Benjamin Joe Fuller and Annie Ruth Bridges Fuller. She was a member of Kellyton Revival Center. Mrs. Queen loved the Lord with all her heart and she lived for Him daily. She loved doing the work for the Lord and sharing her faith with others. She was always willing to help and do for others. She enjoyed crocheting, arts and crafts, fishing, flower gardening, and cooking. She was an excellent cook and was known for her different casseroles, cakes and candies. She worked for many years at Russell Corporation and Avondale Mills in the Spinning Room and Cloth Room.

She was preceded in death by her parents and sister, Betty Murphy.