Mr. Colley passed away on Tuesday, March 22, 2022, at Brown Nursing Home. He was born on October 3, 1938, in Tallapoosa County to Barnie Lee Colley and Rosie Ella Tucker Colley. He was a longtime and active member of Perryville Baptist Church. Bro. John taught Sunday School, served as a deacon, was the handyman around the church, and he enjoyed singing. He loved helping others and would do anything for anyone. He was known as the community handyman. He enjoyed working on tractors, fishing, and CiCi’s Pizza was his favorite place to eat. He served in the U.S. Army for 9 years and was honorably discharged in 1964. For many years, he worked at Russell Corp., trailer plant and both foundries. He enjoyed the simple things in life and was happiest when he was with his family. 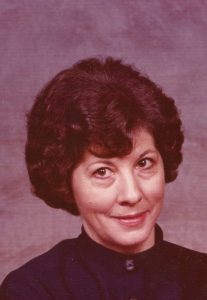 Peggy T. Cardwell Kelley left this earth to be in the presence of her heavenly Father after a lengthy bout of COVID – 34 days in the hospital. She, being of small stature, fought like a lioness defending her cubs to overcome her illness. Her only surviving child watched and comforted her as she took her last breath on this earth. She is in Heaven with her family who had gone on before her. We will miss this loving mother, faithful wife and a true friend.