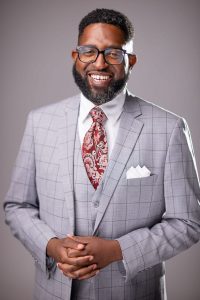 Recently, to go to a meeting out of town, I took a more scenic route. It is an out-of-the-way drive through the hills. As I was driving, I passed a unique sign on this two-lane country road — “rough road ahead.” Along with the sign was a decreased speed limit. And sure enough, just for a brief moment, this rather smooth road became a loud uneven patch, almost like gravel.

As I passed over this rough patch, I thought about it; why not just repair the road to make it smoother? Then I realized: with so many constraints on highway department funds, this little patch on this less traveled scenic route probably wasn’t high on the repair list. It would be cheaper and easier to put up this sign saying that this irregular spot was here rather than coming to this remote location, digging up, and repairing this section of the roadway.

If we were honest, that’s how a lot of us treat portions of our spiritual lives and our lives in general. Instead of us allowing the Lord to remake us, renew us, and reshape us, like He can — to be the people that He wants us to be through the grinding sanctification process — we erect our own “rough road ahead” signs for various areas of our lives as an excuse for the issues that haven’t been dealt with or worked on.

God, however, is not like rural local governments: He has available to you complete ability and capability to deal with the rough patches of our lives, to do the tedious work of making rough places smooth, to make crooked places straight. And He is willing and ready to do those tedious works in our lives — if we allow Him.

That is David’s position; 2 Samuel 11 and 12 record a part of his story. King David engaged in the sinful pursuit and ensuing relations with Bathsheba which resulted in an unexpected pregnancy. In an attempt to cover his discretion, David recalls Bathsheba’s husband from the battlefield to return to his wife not knowing what has occurred. However, when this initial plan is unsuccessful, David then arranges a circumstance that led to her husband’s death on the battlefield. David then takes Bathsheba — now a widow — into his home as one of his wives, all to cover up his sin.

It’s only after the prophet Nathan confronts David for this litany of sins and tells him that the baby would die as an infant that David recognizes the rough place of his life and repents. Psalm 51 records David’s willingness to allow the Lord to work on this very rough road in his life. There, David asks for the Lord’s grace over his life and for God to wash away his guilt. He acknowledges his sin — the rough places of his life. The key to his willingness to let God work on Him is his request in verse 10, “God, create a clean heart for me and renew a steadfast spirit within me” (Psalm 51:10, HCSB).

Just like David, God wants to take the ungodly aspects of our lives and dig them up, repair and replace them, and restore them.

This construction process is difficult; it is often wrought with pain. But God has the patience and persistence to repair what is broken in our lives. So why don’t you let God take down your self-erected signs of excuse for the ungodly areas of your life, and allow Him to make you over again?

Christopher M. Todd is a Coosa County resident and the pastor of The New Home Missionary Baptist Church near Rockford.

If you ever need me

Be better, not bitter

Reminded to be fishers of men