She was preceded in death by her parents, Mr. and Mrs. Ocie R. Duke; husband, Douglas J. Jennings; son, Douglas Duke Jennings; as well as five brothers and three sisters.

Until her death, she was the longest standing member of Grimes Chapel Baptist Church, having joined in 1959. She sang in the choir, taught Sunday School, and served in various administrative positions.

She attended Weogufka High School where she was on the cheerleading squad. After her children became adults, she began her college education. She graduated Phi Theta Kappa from Alexander City Junior College then studied accounting at UAB where her name appeared regularly on the Dean’s List.

She owned and operated a successful retail shop in Sylacauga for a number of years before obtaining her real estate license. She was also very active in her community, holding various offices in the Daughters of the American Revolution, Eastern Star, Coosa County Cattlewomen’s Association, as well as the Sylacauga Business and Professional Women’s Club and Chamber of Commerce. For over twenty years she was a member of the Coosa County Draft Board. She always enjoyed visiting with friends and neighbors while serving as a Coosa County Voting Poll Volunteer.

Lucille’s greatest hobby was travel, and her destinations included such locations as Egypt, Greece, Turkey, Russia, and the Holy Land.

A graveside service was held on Thursday, September 2, at Grimes Chapel Cemetery with Bro. Mac Adams officiating. In lieu of flowers, donations may be sent to The American Cancer Society or Grimes Chapel Baptist Church. 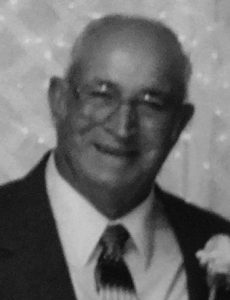 Mr. Robinson passed away on Thursday, August 26, 2021, at his residence. He was born on April 19, 1941, in Rockford to Joseph Chandler Robinson and Mamie Kate Cushing Robinson. Mr. Robinson was a loving husband and a wonderful father. He was known as a very hard worker, holding multiple jobs at times. He retired from Russell Corporation, but some of his early work was being a logger and construction worker. Mr. Robinson loved the Lord and was called on by many to pray for them. He was an active member of The Church of God at Goodwater, where he blessed many with his testimonies of how good God had been to him. His ultimate goal was to make Heaven his home, and he lived his life for the Lord, touching many lives along the way. While our hearts are heavy we have a peace in knowing he is enjoying the reward he worked so hard to obtain.

He is survived by his wife of 57 years, Gaynell Barnett Robinson of Goodwater; daughters, Karen Keel (Franklin) of Kellyton and Nicole DeLee (Russell) of Opelika; grandsons, Brandon Keel (Kimberlee) of Trinity, Brody DeLee of Opelika and Brennan DeLee of Opelika; great-grandchildren, Paislee Keel and Sawyer Keel, both of Trinity; three sisters; and a host of nieces and nephews.

He was preceded in death by his parents, five brothers and three sisters.

The family would like to give a special thank you to the staff of Encompass Home Health and Hospice for their wonderful care and support that has been extended to Mr. Robinson and his family.

Bill Sallas Sr., 76, of Cleveland, Tennessee, died peacefully in his home, surrounded by loved ones, on August 25, 2021, after fighting a long, brave battle with cancer.

Born on October 21, 1944, in Goodwater, Ala., he was raised on his small family farm where he developed a love for agriculture and a green thumb. Following his graduation from Goodwater High School, he attended Jacksonville State University where he studied math education and participated in ROTC. He returned to Goodwater High School as a math teacher for two years before being called to serve in the United States Air Force (1967-1973).

Bill’s Air Force career took him across the U.S., serving in Texas, Colorado, California, and Louisiana.

Following his Air Force service, Bill joined International Harvester in 1973 and stayed with the company through his entire career, retiring from Case IH in 2012. He loved his job, his colleagues and the locations his job allowed him to travel, including Europe, Australia and the Middle East.

Bill was known for his love of God, friends, landscaping, and the great outdoors. He never missed an opportunity to help out a friend, neighbor, or family member. He was a loving and devoted husband, father, grandfather, and friend to all he met. His friends and family meant the world to him, and we will always carry his memory in our hearts.

Bill is survived by his wife, Patrice; his sister, Bettie Sallas of Goodwater; his son, Bill (Susan); and his two grandchildren.

He was preceded in death by his mother, Gladys; his father W.H.; and his brother, James.

A memorial service will be held at a future date.