Mrs. Fuller passed away on Thursday, October 20, 2022, at her residence. She was born on June 12, 1942, in Goodwater to Allen T. Peoples and Earlene Thornton Peoples. She attended Orr Street Baptist Church. She enjoyed spending time with her grandchildren and great-grandchildren. She loved to go camping and go on trips with her sisters. She was a wonderful cook. 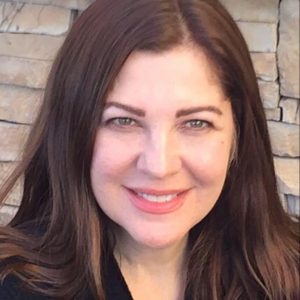 Mary Sallas Layson Johns was born April 17, 1965, in Alexander City. She died October 10 in Coosa County. She is survived by her husband, Michael, of Carrollton, Georgia; mother, Nellie Whitson, and her sister, Nancy Sallas Zeigler, both of Birmingham; and her aunt, Bettie Lou Sallas, of Alexander City.

Mary graduated from B. B. Comer High School in Sylacauga in 1983 and graduated from Auburn University in 1987. Mary struggled with bipolar mental illness for more than 50 years, and despite the often debilitating challenges, had a successful career in International Sourcing, which took her to work in over 40 countries. She was a master pattern maker, a skilled seamstress and talented artist. She loved decorating and collecting beautiful things for her home. Her job took her to work and live in Columbus, Georgia; Atlanta, Georgia; Bowling Green, Kentucky; and Birmingham, Alabama. She loved hiking, kayaking and exploring the woods.

She was a Christian, unashamed to share the Gospel of Jesus with others.

Mary was a beloved wife, daughter, sister, niece, and aunt, and her loving family will miss her while celebrating that she has eternal peace.

Revelation 21:6, “He said to me: ‘It is done. I am the Alpha and the Omega, the Beginning and the End. To the thirsty I will give water without cost from the spring of the water of life.’”

She was preceded in death by her parents and sons, Alan Kovach and Michael Kovach.

Mr. Waller passed away on Monday, October 24, 2022, at Veteran’s Hospital. He was born on June 29, 1939, in Wadley to Thomas Sanford Waller and Lonie O’Nellie Daniel Waller. He was a member of First Congregational Christian Church. Mr. Waller was a proud U.S. Army veteran and served in the Korean Conflict. For many years, he worked in Quality Control at U.S. Steel. Once retired, he enjoyed going to the Alexander City Nutrition Center daily and hanging out with his friends. Bill had a heart of gold and loved his family dearly.

Bill is survived by his sister-in-law, Joyce Waller Harris; and a host of much loved nieces and nephews.