Johnny passed away on Thursday, August 25, 2022, at University of Alabama Hospital in Birmingham. He was born on March 15, 1961, in Alexander City to Leon Harlan Baker and Sybil Virginia Bailey Baker. Johnny loved his family dearly. Johnny worked for SL Alabama for 14 years as an electrician and was very active and a dedicated member of Narcotics Anonymous in the local area for 15 years. He enjoyed riding motorcycles, music, and playing guitar.

He was preceded in death by his parents.

In lieu of flowers, memorials may be made to Narcotics Anonymous at www.na.org. 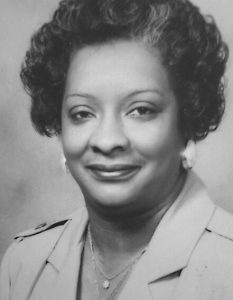 A Celebration of Life for Mrs. Veola M. Parker was held Monday, August 29, 2022, at her graveside at Macedonia Memorial Garden in Goodwater with Pastor Darrell Woods officiating.

Veola was joined in Holy Matrimony to Jimmy Parker on May 11, 1965, and remained married until her death.

Veola attended Marietta Baptist Church since an early age. She was an active member until her health prevented her from attending services. Veola’s religious service was not regulated to Marietta. She also served in her community and served as president of American Legion Auxiliary Post 339 for seven years.

Mrs. Parker was preceded in death by her parents, Rev. J.C. Marbury and Mrs. Vida Pearl Marbury; and one brother, Billy Earl Marbury.