“Kind and welcoming”…these were the words so often used to describe Joan. And yet her sweet demeanor cloaked a fierce independence and intelligence. She was quietly unpretentious about her passion for books, art, theater/film, and travel, but these loves guided and shaped her life.

After receiving her Master’s in Library Science at Florida State University, Joan insisted on living in NYC for a year before getting married. Her husband of almost fifty years, Norfleet, was not only willing to wait but encouraged her move. While in NY, Joan worked at the Brooklyn Public Library, and at one point had seen every show on Broadway and most shows off Broadway, as well!

Once married, Joan helped support her family while Norfleet completed his Doctorate in Adult Education. His work as a professor then took them to Racine, Wisconsin, and Chapel Hill, North Carolina, before eventually leading the family to Atlanta, Georgia, where Joan and Norfleet ran a small bookstore, “The Little Professor,” for years.

After Norfleet’s death, Joan moved back to her childhood home in Goodwater to help care for her mother. She enjoyed being back in a small town with little traffic, cousins and friends close by, and plenty of time to read.

Joan’s devotion to and support of her family were immeasurable; her family meant everything to her.  She is survived by her two daughters, Leslie Hardy and Susan Taylor; five grandchildren, Caroline, Jonathan, Matthew, Madison, and Duncan; and son-in-law, Mark.

She is predeceased by her parents, Charles and Mary Franklin of Goodwater; and husband, H. Norfleet Hardy.

In lieu of flowers, the family asks that donations in Joan’s memory be made to Embrace Alabama Kids (formerly United Methodist Children’s Home).

A private service for Mrs. Joan Franklin Hardy will be held at a later date. 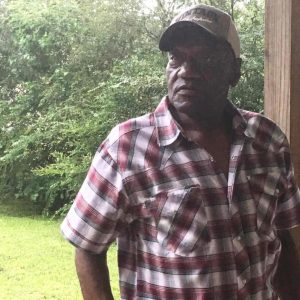 James Edward Kendrick Sr. was born June 3, 1944, to the late Mr. Wallace Jake Clark and Abbie Mae Kendrick. He confessed Christ at an early age and joined the New Style Baptist Church in Equality where he served faithfully until God called him home on Sunday, August 7, 2022.

Final arrangements were entrusted to Hillside Memorial & Gardens in Wetumpka.