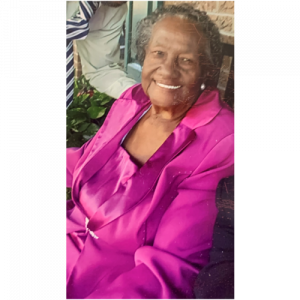 Cora Dean Edwards was born to Walter and Jimmie Dean Brookins on October 10, 1934. She joined New Elam Baptist Church where she was a faithful member. She served as a deacon’s wife, choir member, missionary president, assistant Sunday school secretary, and mother of the church.

She was a mentor to everyone. She attended the Coosa County Training School in the Cottage Grove community in Coosa County.

Funeral service for Mr. Alex Joseph Gray, 27, of Alexander City, will be Friday, June 10, 2022, at 2 p.m. at the Poplar Springs Baptist Church in Hanover. Rev. Joe Camp will officiate. Burial will follow in the Poplar Springs Baptist Church Cemetery. The family will receive friends on Friday, June 10, from 11 a.m. to 1 p.m. at Radney Funeral Home.

Alex passed away on Monday, June 6, 2022, at East Alabama Medical Center. He was born on May 13, 1995, in Opelika to Joe Queen and Connie Presley Gray. He was a member of Poplar Springs Baptist Church, and he loved his church dearly. He loved reading the Bible and talking about the Lord. Alex had a heart of gold and always saw the good in others. He had a wonderful sense of humor, was funny and witty, and always made others smile. Alex was a history buff and loved watching the History Channel. He was an avid Alabama fan. Alex also loved being outside and playing with Mason and Landen.

Radney Funeral Home in Alexander City is in charge of the arrangements.

Mrs. Carolyn Yvonne Myers was born on May 15, 1929, in Birmingham to Charles Bentley Rotton and Lucielle Ryan Rotton. She passed away on Monday, June 6, 2022, at her residence.

Yvonne’s greatest pleasure in life was being a mother. She was a member of Equality United Methodist Church. She was an active volunteer with the Air National Guard at Dannelly Field for many years. She played Mrs. Claus for their Christmas parties and supported the soldiers and their families during the deployments.

She was preceded in death by her husband of 32 years, Joe B. Myers, and parents.

The family requests memorial contributions be made to Col. Joe B. Myers Scholarship Fund or to the Equality United Methodist Church; P.O. Box 42; Equality, AL 36026.

Mr. Nelson passed away on Thursday, June 2, 2022, at his residence. He was born on June 19, 1953, in Sylacauga to Lee Allen Nelson and Hazel Dean Livingston Nelson. He was a member of Lebanon Baptist Church. He retired as a supervisor from Russell Corp. after 37 years of service. He enjoyed family, fishing, hunting, NASCAR, and Auburn football. He adored his grandchildren and always enjoyed spending time with them. In his life he came to know Jesus as his personal Lord and Savior. He never failed to help anyone within his means. He was always generous with advice to those who asked for it. He loved his family more than things that had worldly value. He was a wonderful son, brother, husband, daddy, and “Paw.”

He was preceded in death by his parents and sister, Betty Nelson Culver.

Mr. Philhower moved to Montgomery to serve in the United States Air Force. After his service Mr. Philhower remained in Montgomery and served on the Montgomery police force as a K-9 officer. In 1964 he and his wife, Margaret, founded Southern Shutter Company. He was an aerobatic pilot, hunter and avid fisherman. In 2002 he moved to Lake Martin where he married Norma and enjoyed bee-keeping and watching football.

He was preceded in death by his parents and sisters, Jane Young and Peg Atkins.

In lieu of flowers please make donations to the Children’s of Alabama Hospital: www.childrensal.org/foundation.