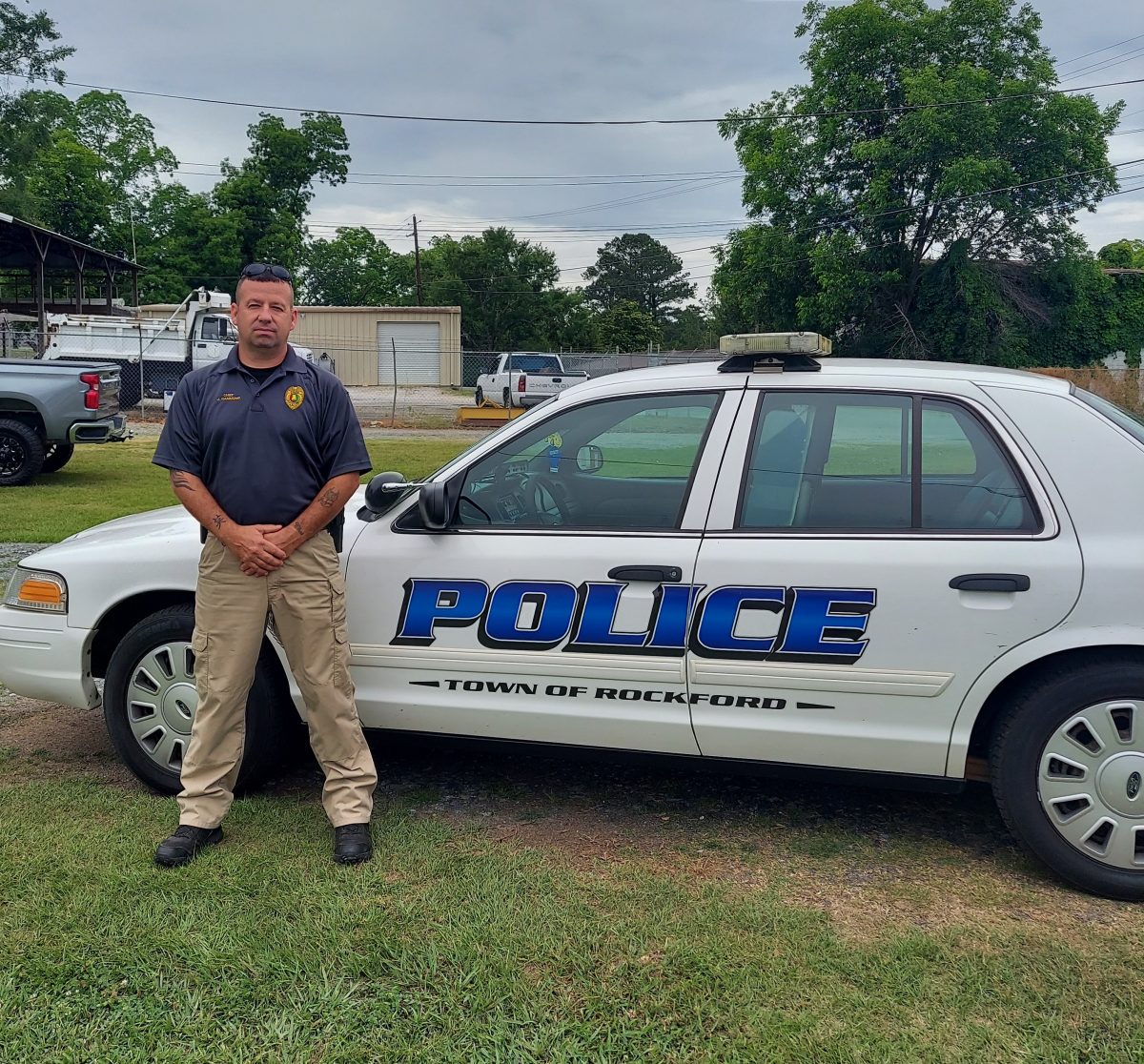 The Town of Rockford recently hired a new chief of police to fill the vacant position following the retirement of former Chief Corey Shaw.

Rockford’s new chief, Jamie Hammond, was raised here in Coosa County and is a graduate of Central High School.

Hammond currently resides in Alexander City with his wife and five children and works part time as a police officer for the City of Tallassee.

Hammond has worked as a police officer for the last 18 years. He is the son of Investigator Scott Hammond, who has been with the Coosa County Sheriff’s Office for more than 20 years.

“I am happy to be here in Rockford,” said Hammond. “It is such a great small town with a slow pace and low crime.”

Hammond expressed how nice it is to be in Rockford where there is not only a much slower pace, but also a hometown atmosphere. His past experiences have been in cities the size of Alexander City.

“This town has a lot of potential,” Hammond stated. “I am looking forward to being a part of the progress and watching it grow and thrive.”

Hammond’s goal is to provide as much service to the community as possible. Because Rockford has such a low crime rate Hammond can focus more on citizen assist calls and be a source of support to citizens.

“Chief Hammond is a great asset to the Town of Rockford and its future,” commented Mayor Scott White. “He will play a vital part in getting our town compliant and headed in the right direction.”

“Enforcement of laws and ordinances keeps it fair for all and not just for a few,” White continued. “Hammond is fair, and he enforces the law.”

The Town of Rockford will be hosting a summer festival on June 26 from 10 a.m. to 4 p.m. Hammond will be present at this event to connect with the community and assist.

Be sure to come out to enjoy the community and meet the town’s new police chief.

“I am looking forward to connecting with each of you,” Hammond expressed to the public.

This week 30 years ago in CCN history